The Red Shed Film Fest features short films across several genres; read on for a glimpse into the selection process for a few of the featured films, with notes from our Programming Coordinator, Henry Cooper.

The Root Cellar
At this year’s Red Shed Film Festival, a procedural-crime-drama in a small southern town entitled The Root Cellar from Louisiana filmmaker Kyle Kleineck. While investigating a deadly house fire, a Police Chief and Detective try to get answers from a mysterious man who was found in a cellar under the rubble.
Devotion

Noteworthy for its long opening shot and stylized melodrama, Devotion is a Red Shed Film Festival entry that follows the turbulent journey and downward spiral of a young Californian couple suffering from drug addiction. When one decision could drastically change their future, will they make the right choice? Acting/filmmaking duo Laura Jean Marsh and Jake Unsworth send greetings from across the pond in London.

The Red Shed Film Fest features short films across several genres; read on for a glimpse into the selection process for a few of the featured films, with notes from our Programming Coordinator, Henry Cooper.
Autumn Leaves

Part of the mission of the Red Shed Film Festival is to feature short movies that get to the core of visual storytelling and this vignette from an Iranian filmmaker named Saman Hosseinpuor does just that. Short
and sweet, Autumn Leaves is about a little girl’s perspective as she picks a pomegranate, runs home to get her books, and frolics on her way to school.

Red Shed Film Festival 2017 is fast approaching! Sustainability and clean living are important in our lives, but no more so than for the Coffman family in the satirical short movie Green House from filmmaker William Coughlin. The Coffman’ s are desperate to win their bid for residency in a new, environmentally-friendly condo. Putting their best face forward, they work to convince a jaded government auditor that their lifestyle makes them worthy of acceptance. But when another couple vies for the same home, a battle for environmental superiority begins. 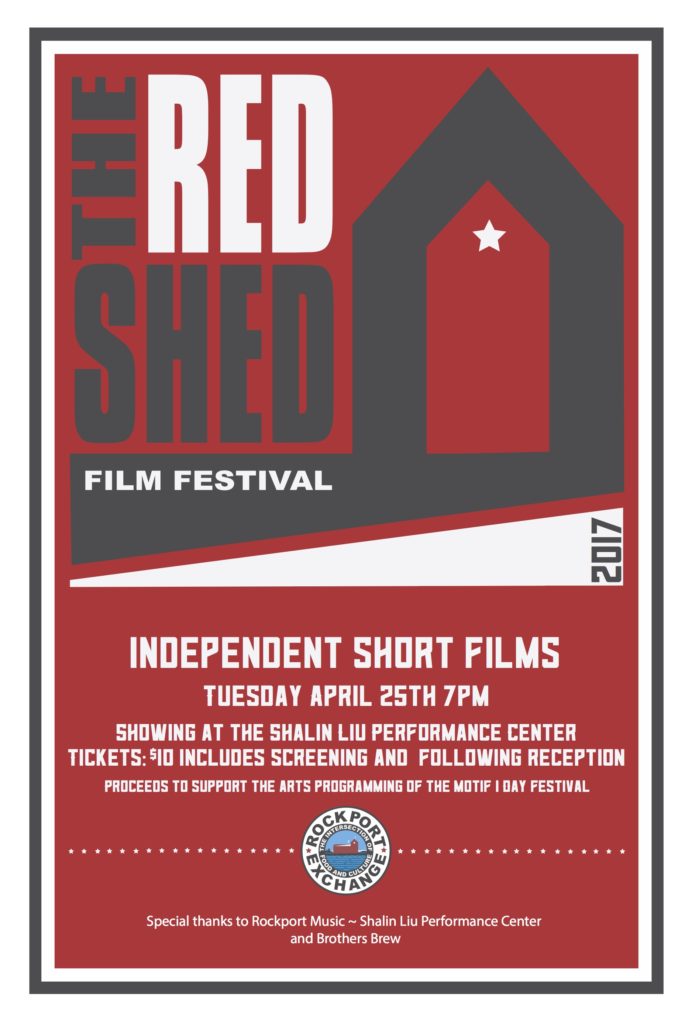 Purchase your tickets for the upcoming Red Shed Film Fest online or reserve by calling (978) 309-3435.

Proceeds from ticket sales go to support the arts programming of Motif No. 1 Day — and don’t forget the fact that you are supporting independent filmmakers by attending the Red Shed Film Fest! The fest features a juried selection of short films covering a range of themes and produced in a range of styles.

Enjoy a light reception after the screening where the audience choice award winner will be announced.